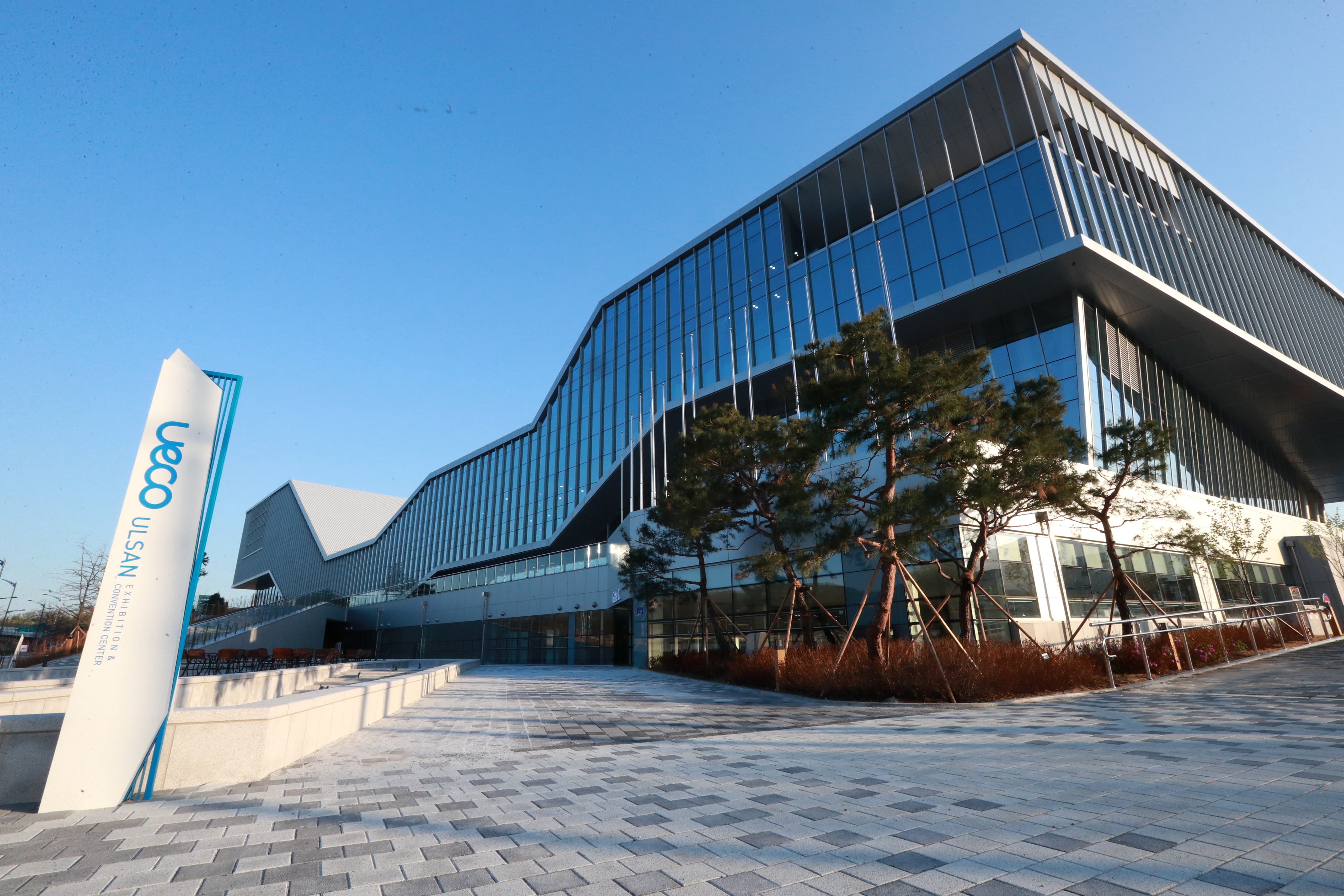 Meeting and event venue to transform the Southeastern Metropolitan City of Ulsan.

Korea is set to unveil its newest convention centre, Ulsan Exhibition and Convention Center (UECO), on April 29, 2021. UECO will be the 17th convention centre in Korea, anticipated to turn the Southeastern Metropolitan City of Ulsan into the next hub for the Korean MICE industry. The opening of the centre will coincide with the centre’s first official event, Asia Pacific MICE Business Festival 2021, which will take place from April 29 – 30 as an offline in-person event.

Located between Gyeongju and Busan, Ulsan is Korea’s eighth-largest city with a population of over 1.1 million, recognised as the industrial powerhouse of South Korea, home to the largest automobile assembly plant and shipyard.

As one of Korea’s major cities, construction of an exhibition and convention centre in the area was first promoted back in 2000 but halted due to controversy over budget and scale. The project finally saw light with the opening of KTX Ulsan Station in 2010, and construction officially began in 2017, 17 years after the project was first discussed. Now, the city’s first convention centre is extensively anticipated to help Ulsan put its foot forward in the MICE industry.

An exterior design inspired by the whale-shaped carving on the Bangudae petroglyph (National Treasure No. 285) in Ulju-gun, Ulsan, one of the city’s prominent landmarks, UECO boasts a total area of 43,000 sq m, with three floors above ground and one floor underground. On the first floor is the exhibition hall with a total area of 8,000 sq m, divisible into four separate halls or combined into larger halls depending on the size of the event.

The convention hall is located on the third floor, divisible into three halls or combined into larger spaces, with a total of 1,336 sq m. A total of 12 meeting rooms of varying sizes are located throughout the centre to accommodate smaller meetings.

Ulsan Exhibition and Convention Centre boasts outstanding accessibility, located within a 10-minute walk from the KTX Ulsan Station. The KTX will take delegates to and from Seoul in two hours and to Busan in just 20 minutes.

Expansion of other key MICE facilities, including accommodation and convenience facilities, is expected to gain momentum with the opening of UECO and boost tourism to major destinations in the area, including the Yeongnam Alps Daewangam Park and Taehwagang National Garden. Further down the line, a road connecting Ulsan’s western area to the east coast is set to open, which will reduce travel time from Gangdong Beach to KTX Ulsan Station from one hour to 20 minutes.