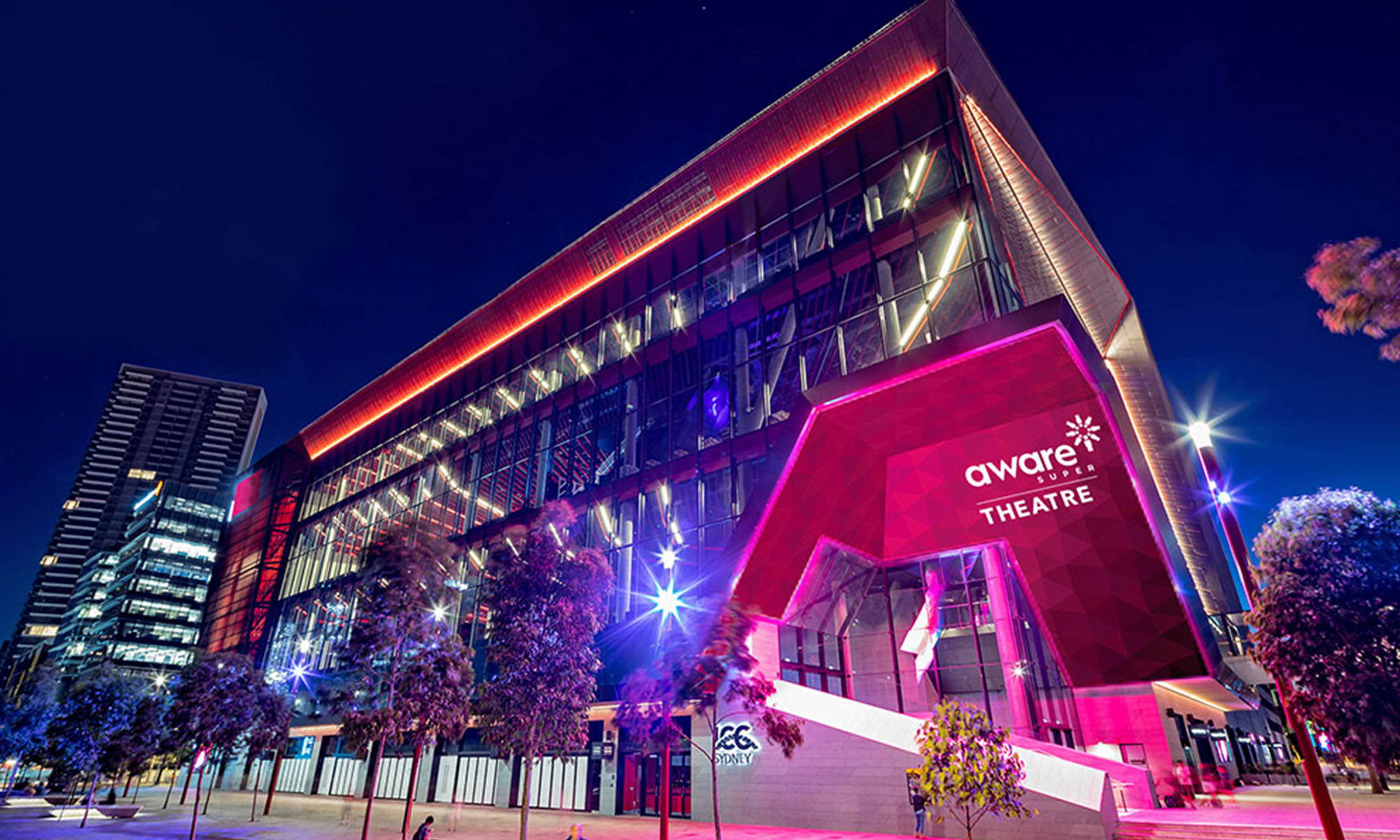 International Convention Centre Sydney (ICC Sydney) has unveiled a new look and name for its theatre, as it transitions from First State Super Theatre to Aware Super Theatre.

The new name and branding follow the rebranding of the theatre’s naming rights partner, First State Super, to Aware Super. The change signals a commitment by the Fund to positive action and impact, to help to build a better Australia.

Aware Super (formerly First State Super) secured the naming rights to the 8,000-seat venue in July 2019. An existing equity partner, the agreement increased First State Super’s investment in ICC Sydney as a result of the strong performance of the venue’s operations, brand and reputation.

ICC Sydney CEO, Geoff Donaghy, welcomed the change: “We are delighted to unveil a new look for ICC Sydney’s world class theatre, as it becomes officially becomes Aware Super Theatre. This change signals the strengthening and continuation of an already successful partnership between ICC Sydney and Aware Super.”

Donaghy continued, “As we all look forward to the return of more live events and entertainment in Australia, this collaborative partnership is committed to ensuring all patrons enjoy exceptional experiences at the newly named Aware Super Theatre.”