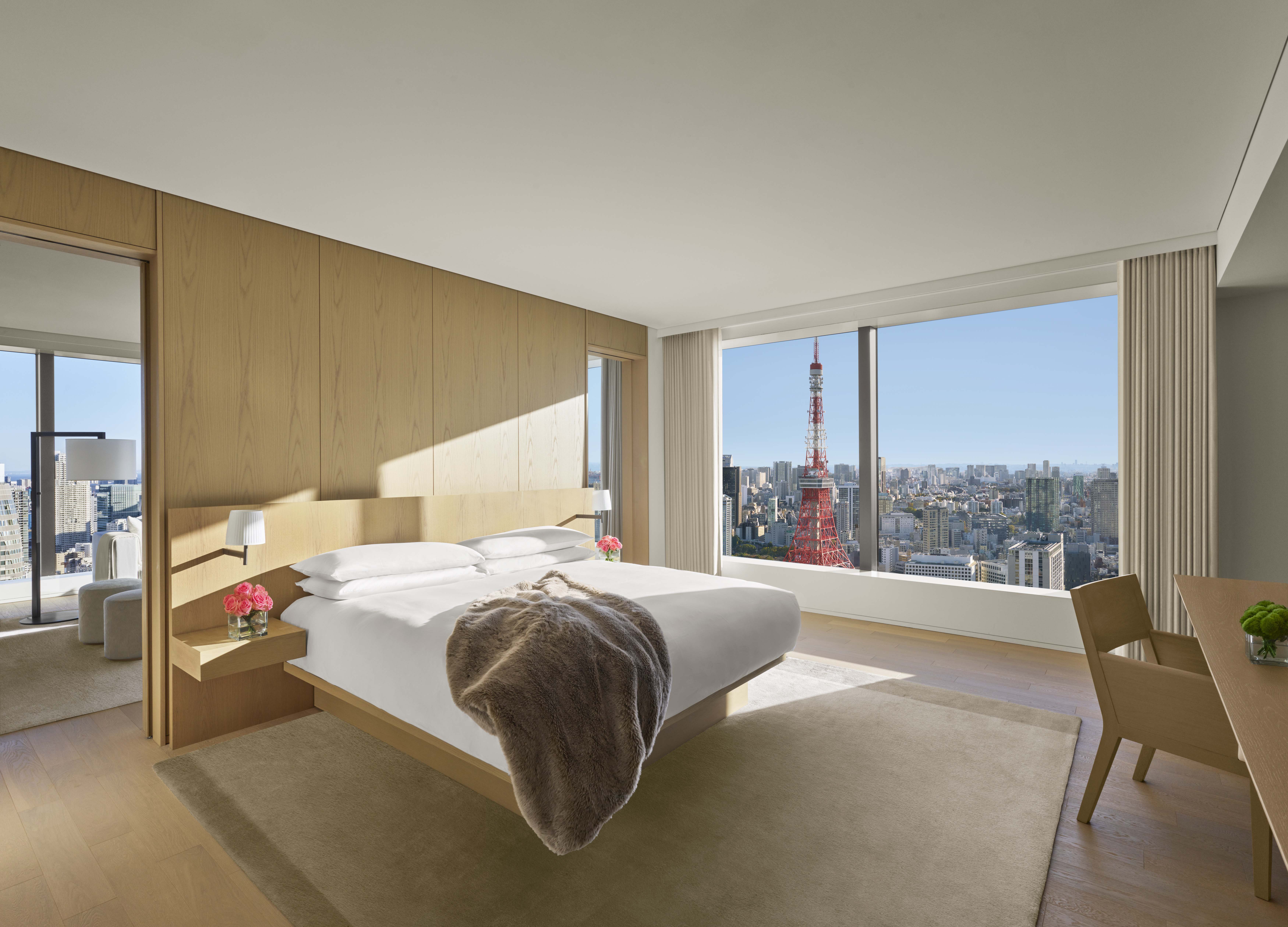 The increasing product and service offerings in Japan are intensifying our longing for the land of the rising sun. In a dream-team collaboration between Marriott International, Ian Schrager and Mori Trust, The Tokyo EDITION, Toranomon, premiered in October 2020.

The urban resort, designed in partnership with renowned architect Kengo Kuma – the architect of the Olympic Stadium in Tokyo, is described to represent “a very delicate balancing act between the refined, elegant, simple and pure approach of Japan’s culture, style and traditions, and EDITION’s passion, emotion, sophistication, perpetual subversion of the status quo and desire to break rules to create something entirely new”.

The hotel launch marks a very special “homecoming” of sorts for Marriott International’s CEO, Arne Sorenson, and EDITION brand creator, Ian Schrager. The opening is especially poignant for Sorenson, who was born in Tokyo and feels a special connection to the city, and Schrager, who has been profoundly influenced by and long revered the purity, simplicity, elegance and refinement of Japanese culture and aesthetics. This has become the foundation of his career, evident throughout his work and many projects dating back to Studio 54 in 1977.

The hotel’s soaring public space was inspired by Buddhist temples and their structure, purpose and organisation. They consisted of a central courtyard used for ceremonies, gatherings, communal prayer and, in general, for people to come together and interact as a community.

To achieve the same goal, The Tokyo EDITION, Toranomon’s two-story lobby, over 450ft (140m) in the sky, is a centralised space that operates and functions not only as a new and modern gathering place but is also meant to facilitate and encourage communal and social interaction in all forms, when this becomes possible again.

Centrally located near the metro stations of Kamiyacho, Roppongi-Itchome and Toranomon and steps away from Tokyo’s best neighbourhoods and attractions, the hotel is housed within Tokyo World Gate, a new 591ft (180m), 38-story mixed-use skyscraper, where it occupies floors 31-36 and commands unobstructed views of the Tokyo skyline and Tokyo Tower. Guests is said to almost feel as though they can reach out and touch the 1,000ft (305m) tower.

“We wanted to do something that embodies the traditions of Japan, but also looks forward with design and visuals and brings a sense of the cutting-edge and avant-garde, which Tokyo always does as well. We’ve created this energised resort in the middle of Tokyo, a beehive of activity where you can get away without ever leaving,” said Schrager.

International Convention Centre Sydney (ICC Sydney) has unveiled a new look and name for its theatre,…