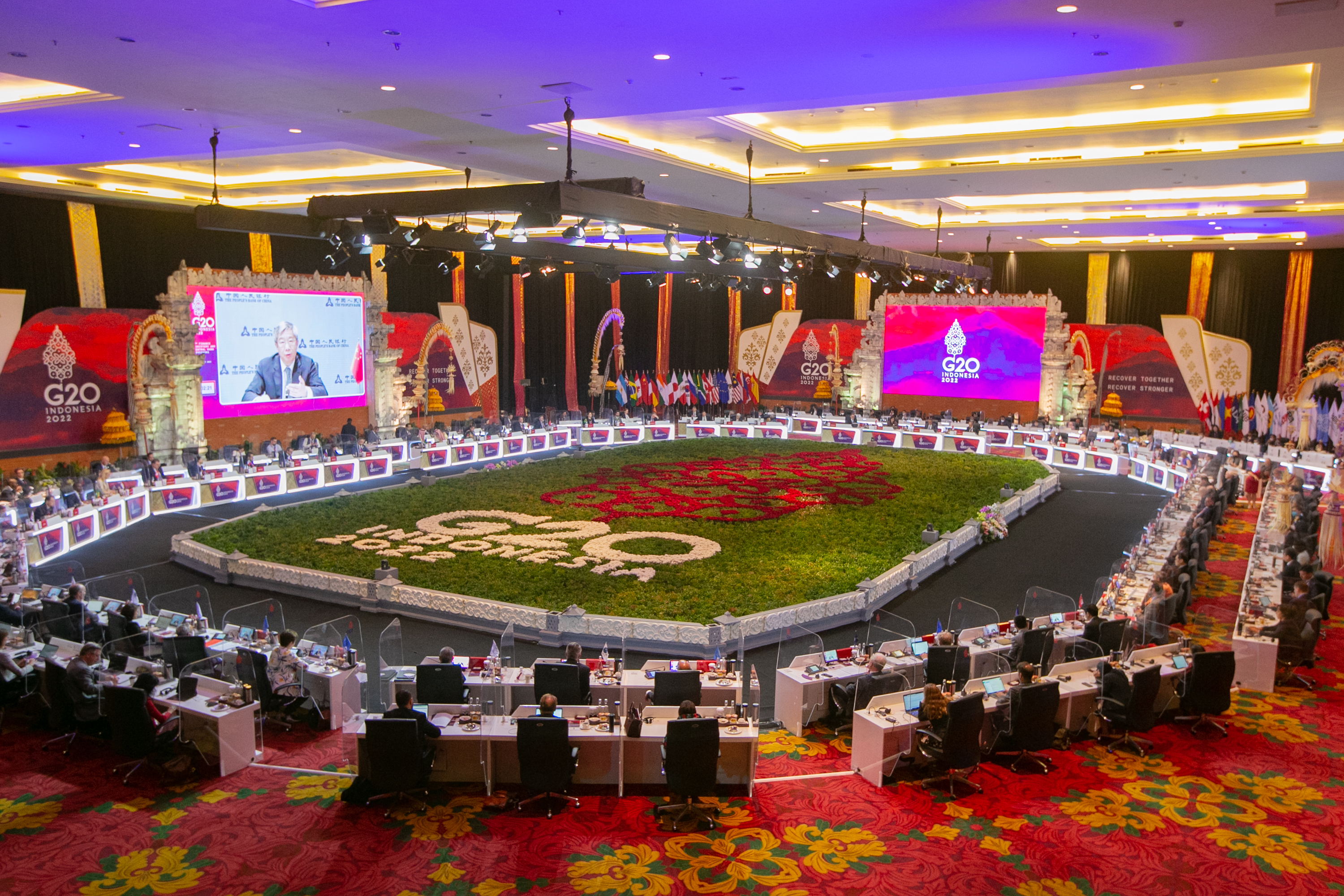 State-Owned Enterprises (SOE) International Conference as a flagship event in Indonesia’s G20 Presidency, was successfully held on 17-18 October. The conference acts as a platform for leaders from the government, SOE and private sector to share insights, best practices and a way forward on SOE’s transformation and role to drive sustainable and inclusive growth. It was attended by more than 800 delegates, including the former Prime Minister of the United Kingdom, Tony Blair.

B20 Indonesia Summit is the official G20 dialogue forum with the global business community. This year, the B20 Summit took place from 13-14 November, hosted and organised by the Indonesian Chamber of Commerce and Industry. It was attended by 2,000 global CEOs, numerous stakeholders from the international business community and Heads of State. The summit included a business round table, an agreement signing ceremony, and a bilateral meeting. It delivered keynote speeches by the President of the Republic of Indonesia H.E Joko Widodo, President of South Korea H.E. Yoon Suk-yeol, Prime Minister of Australia H.E. Anthony Albanese, Prime Minister of Canada H.E. Justin Trudeau and President of United Arab Emirates H.E. Mohammed bin Zayed Al Nahyan.