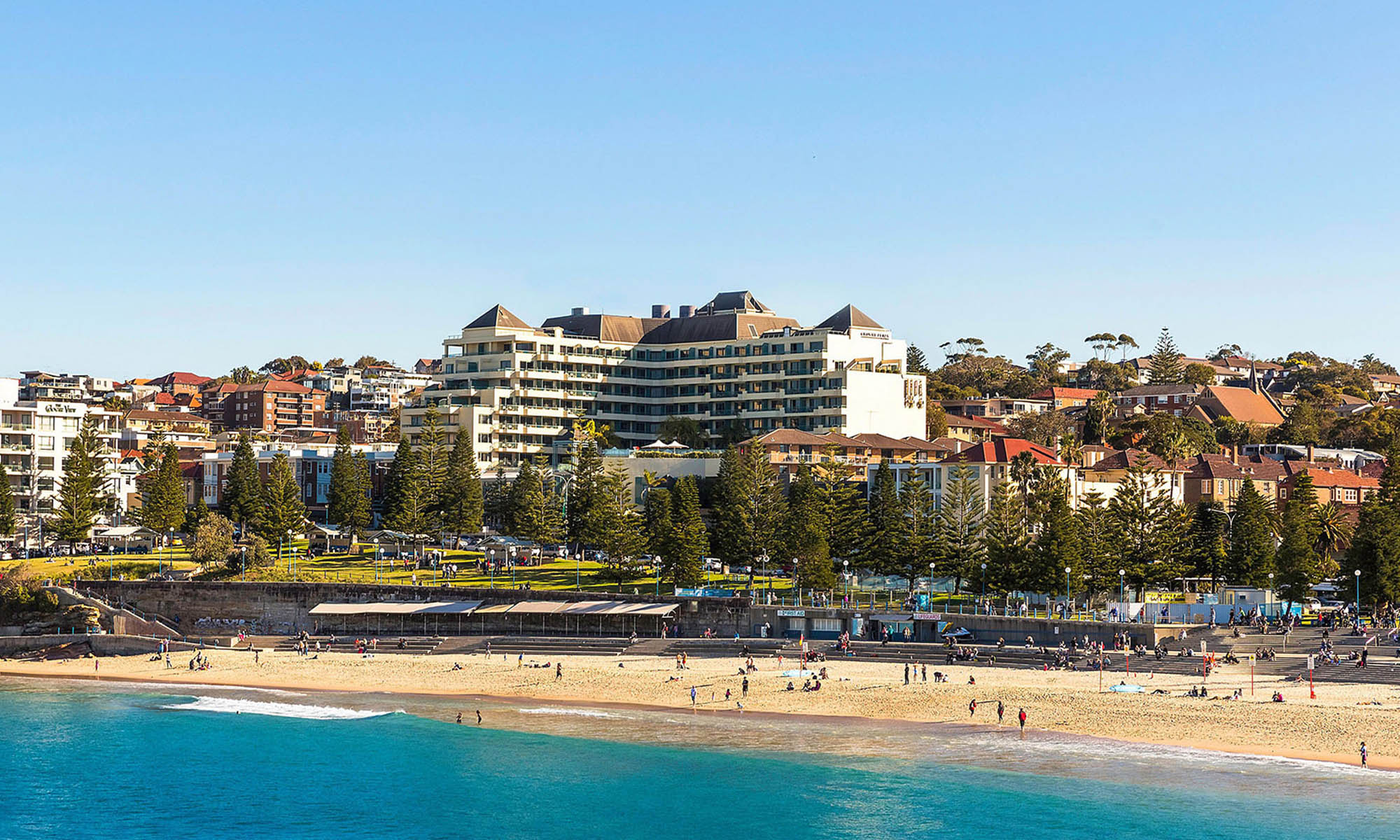 Australian venues spruce up for reopening

Crowne Plaza Sydney Coogee Beach has revealed its multi-million-dollar redesign, which includes a purpose-built event centre with eight new flexible meeting spaces. Half of the hotel’s 209 rooms have been refurbished, along with new event dining concepts and menus. The hotel, located 10 kilometres from Sydney city centre, has a new lobby and arrival experience named ‘The Studio’, which can be used either as a private events space or shared work area.

Another milestone in the rejuvenation of Sydney’s Darling Harbour, the newly built Crowne Plaza Sydney Darling Harbour will open its doors on 1 October. The new-build hotel features seven event spaces with natural light. There are 152 guest rooms and suites suspended in a prime position just a short stroll to the city centre and the International Convention Centre Sydney (ICC Sydney). The hotel features a heated outdoor plunge pool with vistas across Sydney’s skyline.

Crown Sydney has revealed three additional venues that are set to open in the new Barangaroo precinct this December. They include a high-end cocktail lounge named ‘The Waiting Room’, a Cantonese-inspired restaurant and an open kitchen, Epicurean, with panoramic views of the Sydney Harbour Bridge. The venues will be part of the Crown Sydney Resort that includes the city’s first six-star resort with 249-rooms and suites, conference rooms, pool and spa facilities.

The Tasman Hotel will be one of the newest luxury hotels to be introduced to Tasmania in March 2021. The hotel, located in Parliament Square just a six-minute walk from Hobart’s city centre, will feature five event spaces and 128 rooms and suites with carefully restored features and Georgian and Art-Deco design elements throughout. The development will also offer a range of dining experiences inclusive of an upscale restaurant, lobby lounge and whisky bar.

The Melbourne Convention and Exhibition Centre (MCEC) has invested in new purpose-built studios that allow for scalable virtual and hybrid events, including panel discussions or interviews. The new facilities also allow for live-streaming across multiple spaces for hybrid virtual and in-person events.

Vibe Hotel Melbourne has opened in Melbourne city centre with 206 rooms featuring floor-to-ceiling windows, an abundance of natural light and uninterrupted views of the city centre and Yarra River.  The Terrace Suite on the 22nd floor can be used as an event space, with its private outdoor terrace, for up to 22 guests cocktail-style.

Melbourne’s The District Docklands precinct is set to welcome an AUD100 million new-build hotel in 2023. Three kilometres / 1.8miles from the city centre, the 211-room Nesuto Docklands Apartment Hotel will be located in a restored 104-year old warehouse in Melbourne’s Southbank.